The name of “Vijay 59” has been a topic of a lot of
speculation. Many titles have been doing the rounds
ever since the movie hit the floors. In the end, the
makers have zeroed in on “Theri”. 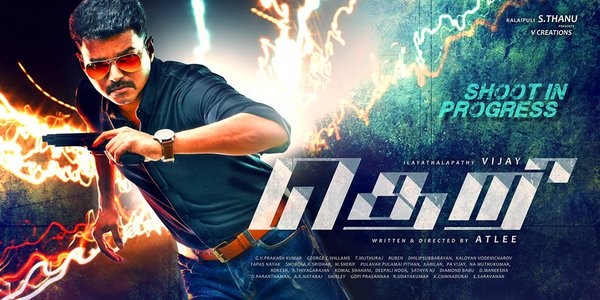 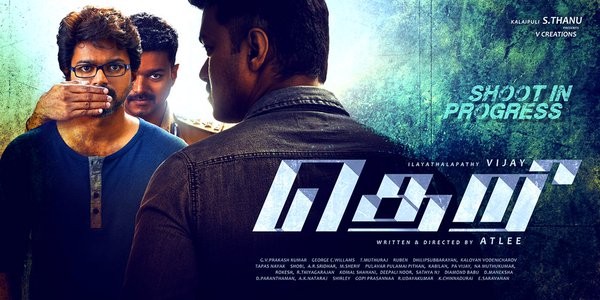 “Theri” is a mass title and has met with good response
from the Vijay’s fans. The name perfectly goes well
with the image of mass hero Vijay, say audience.
Earlier, it was widely reported that the makers were
considering the names of “Khaki”, Vetri” and “Tharu
Maaru”. Some even had claimed that the film could be
named “Thuppakki 2”, given the producer Kalaipuli S
Dhanu’s connection with both the projects.

‘Theri’ First Look
The first look of “Theri” have taken Vijay’s fans by
storm. So far, two posters have been released and in
both, the actor looks stylish. It also has paved way for
the rumours on the actor possibly playing triple roles in
the film as Ilayathalapathy is seen in three looks in
one poster.

Common DP
Vijay’s fans have started the celebration with a bang.
They have welcomed the title announcement and the
first look release by having common DP (display
picture) on their profiles on Twitter and Facebook.
Also, they are creating trends on the social media
websites using multiple hash tags

“Vijay 59” is an action-thriller in which Vijay and Amy
Jackson play the role of cops. Samantha plays the
main female lead in the flick written and directed by
Atlee Kumar.