Android O will be next version of Android

The name of all android versions are Cupcake, Donut, Eclair, Froyo, Gingerbread, Honeycomb, Ice Cream Sandwich, Jelly Bean, KitKat, Lollipop, Marshmallow and Nougat.And now In 2017 Google will be looking for a sweet treat beginning with O.  The Tech Advisor team could come up with Oreo, Orange, Oatcake
Traditionally Google announce the new update to its Android OS. The 11th annual I/O conference will take place between 17 and 19 May 2017 at California.

When will we get Android O? 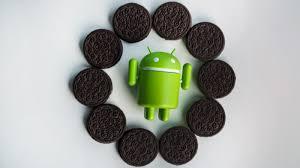 Google may release Android O  August/September. The Nexus 5X and Nexus 6P will be supported by Google until September 2017, which means they will get both Android Nougat and next year’s Android O. The Nexus 9 and Nexus 6 will both be supported until October 2016, which should mean they get an update to Android Nougat but not Android O. Older Nexus devices will not be upgraded.

What are the features Of Android O?

This feature is expected to ease copying text from one app and pasting it within another by giving suggestions in the second app as to what you might be about to type based on what you were doing in the previous app.

If you click on an address in a text message, in Android N it does nothing but in Android O it could open that address in Google Maps. It says it is not yet known whether this will be functional only in Google’s Messages app,